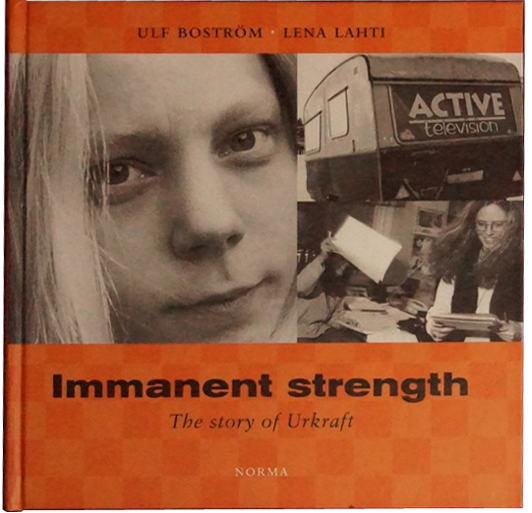 Few resources in society are as wasted as the immanent strength of young people. In 1987, Urkraft was created to do something about this leakage. In the Swedish town Skellefteå, four youth workers and fifteen unemployed young people started to search for new paths and for a different context, a network where everyone’s in need of everyone. Today Urkraft is an organisation with 150 young people and about 40 staff. Together they run a restaurant, bakery, TV-station, conference centre and PR-office, not to mention the fact that they arrange an annual festival for 90 000 people. An organisation of young people who show the world that they’re not only good enough, but irreplaceable. Since the beginning, a lot of things have happened. Through crises and development, Urkraft has turned from being a picturesque, social experiment to a dignified and coherent training alternative.

This book is a sample, a report and an impression after a series of visits to the world known as Urkraft. Its purpose is to inspire the reader to take their own wild visions seriously.